"FROM THE FIRST MEETING UNTIL THE FINAL CHECK WE HAVE ENJOYED THE EXPERIENCE WITH AMEREX. THEY HAVE TAKEN OUR WORDS AND IDEAS AND BUILT THEM INTO A QUALITY FINISHED EXTENSION THAT IS FUNCTIONAL AND EVERYTHING THAT WE HAD HOPED FOR." - AMANDA

REMODELLING AND EXTENDING THE HOME WITH A REAR EXTENSION

This beautiful North Perth Californian bungalow was a delight to transform. The front of the home was left relatively untouched, with the character home extension and renovation focusing on the rear of the home. The existing home was typical of older homes of its era, in that the rear of the house was north-facing yet kitchen and living rooms were dark and small.

DESIGNED TO TAKE ADVANTAGE OF THE NORTHERN ASPECT

The design factored in the northern aspect, and an Open plan living area with a new kitchen with walk-in pantry were added on at the rear. A new Study, Laundry, and External Bathroom were also added on. Glass doors were installed across the length of the living area, and open up to the newly landscaped yard, flooding the rear of the home with natural light.

When excavating in the yard, an old wartime bomb shelter was discovered! In another unusual twist, the Water Authority required a deep retaining wall at the rear of the property close to the sewer line. Steve suggested to the Owners that it would be relatively easy to build another couple of walls and create a cellar. The owners thought this was a great idea, and the alfresco deck was built over the top of the new Cellar (with an alternate description of a man cave!).

REMODELING OF THE FLOORPLAN

Our Building Designer worked closely with the clients to re-design the floor-plan to achieve a logical floor throughout the home. The character elements of yesteryear were carried through to the new home extension with high ceilings and jarrah floorboards throughout. 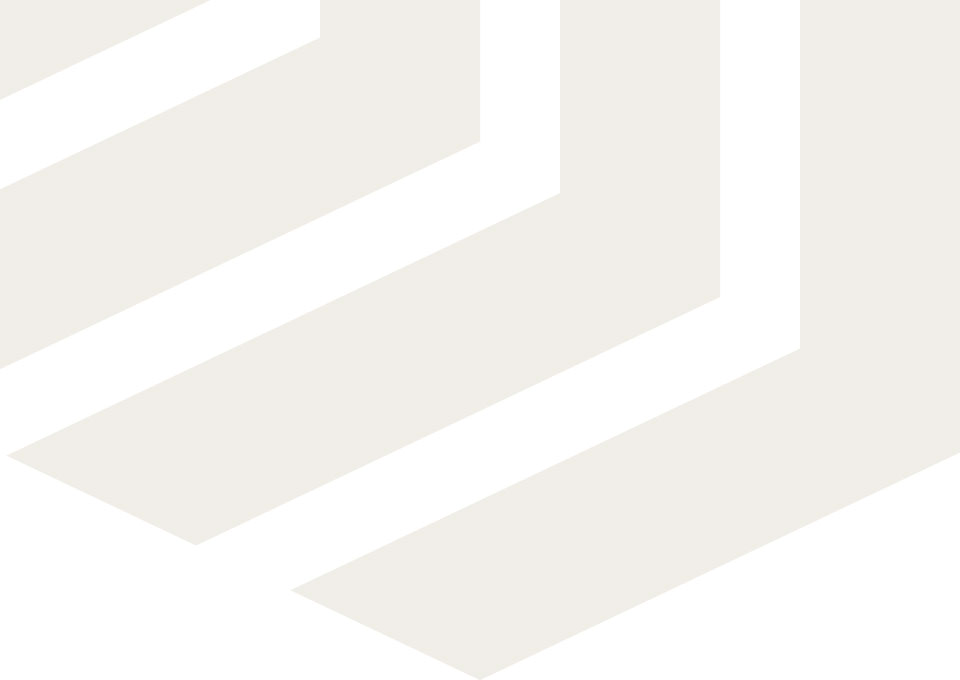 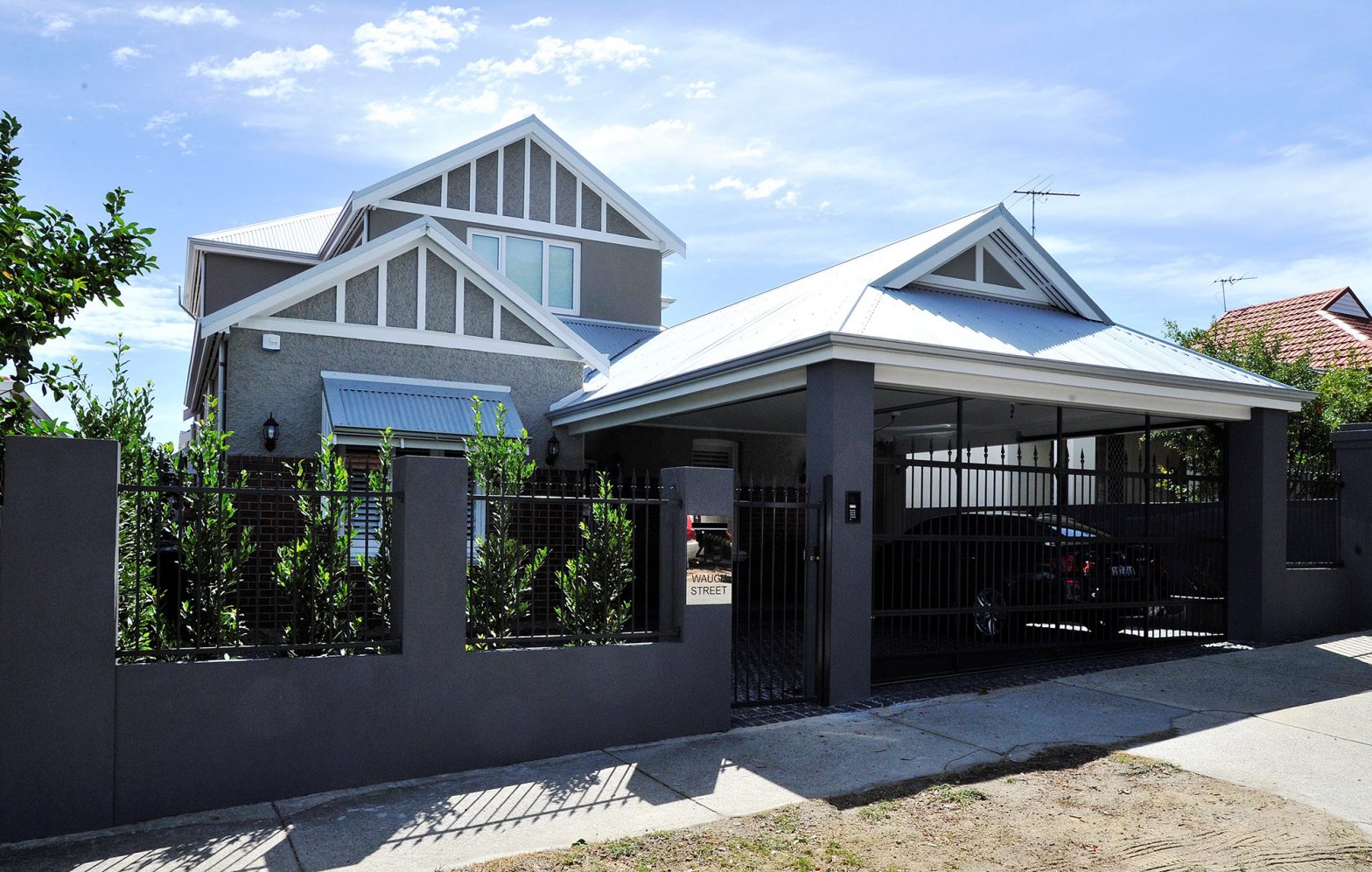 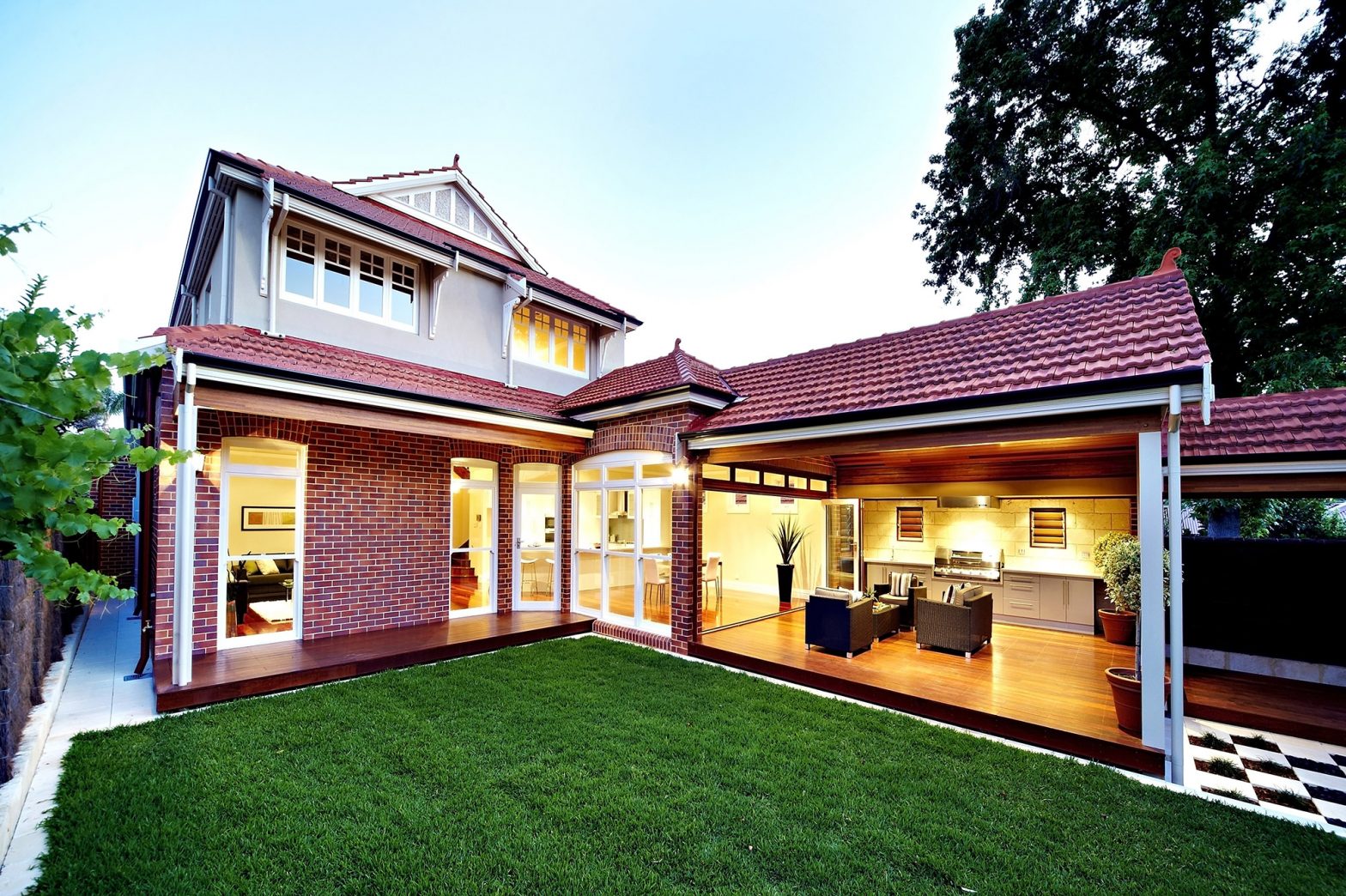